Texas has a big, ol’ pig problem. Landowners are experiencing an overpopulation of wild hogs, an animal that is destroying Texas farmland and harassing people with their overpopulation and lack of domestication. These pigs are primarily harmless but can be aggressive when they feel threatened. Instead of subjecting the populations to inhumane or unnecessary control tactics, Chef and Game Hunter Jesse Griffiths is determined to put wild boar to good use— on the plate.

“Wild hog protein is sourced and consumed in a much more sustainable way than any other meat, and this particular animal isn’t only sustainable but must be controlled.  Texas Parks and Wildlife estimates that we need to kill 75% of the population every year just to keep it stable, and that’s not happening at all.” As a skilled hunter and chef, Griffiths is doing all he can to promote the consumption of wild boar and curb the overpopulation of the animal.

So, what is a wild boar? Also known as feral hogs, these multi-generational pigs develop into mostly black, shaggy, long-snouted hogs but they can be brown, striped or any color that a domestic hog can be, too. Griffiths likes to describe a wild boar “as a regular pig without an address” and is working towards destigmatizing feral hogs.

Read on for more about wild boar and the steps Chef Jesse Griffiths is taking to curb the overpopulation of these animals: (Photo Credit: Courtesy of Dai Due) 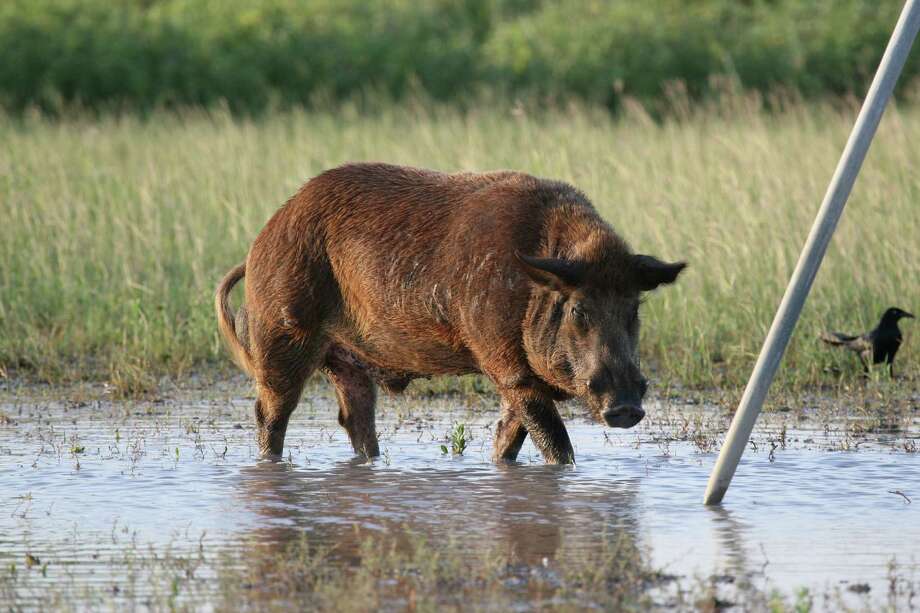 “They are essentially “feral pigs” and of the same species that grocery store pork is, but wild and free. They were first brought here by the Spanish hundreds of years ago and they thrived in the woods, bayous and prairies of Texas that are so similar to Spain.  Native acorns (oaks) and pecans gave them a steady food supply, followed by agricultural crops.  Couple that with hogs brought in for hunting, escaped hogs from farms and you have an exploding population of intelligent, tough and resilient animals with plenty of places to hide.  They are shy and reclusive but can be very aggressive if cornered and definitely dominate and out-compete most other native species.  I’d liken them to cowardly bullies with only one predator left: people.” (Image Credit: Houston Chronicle) 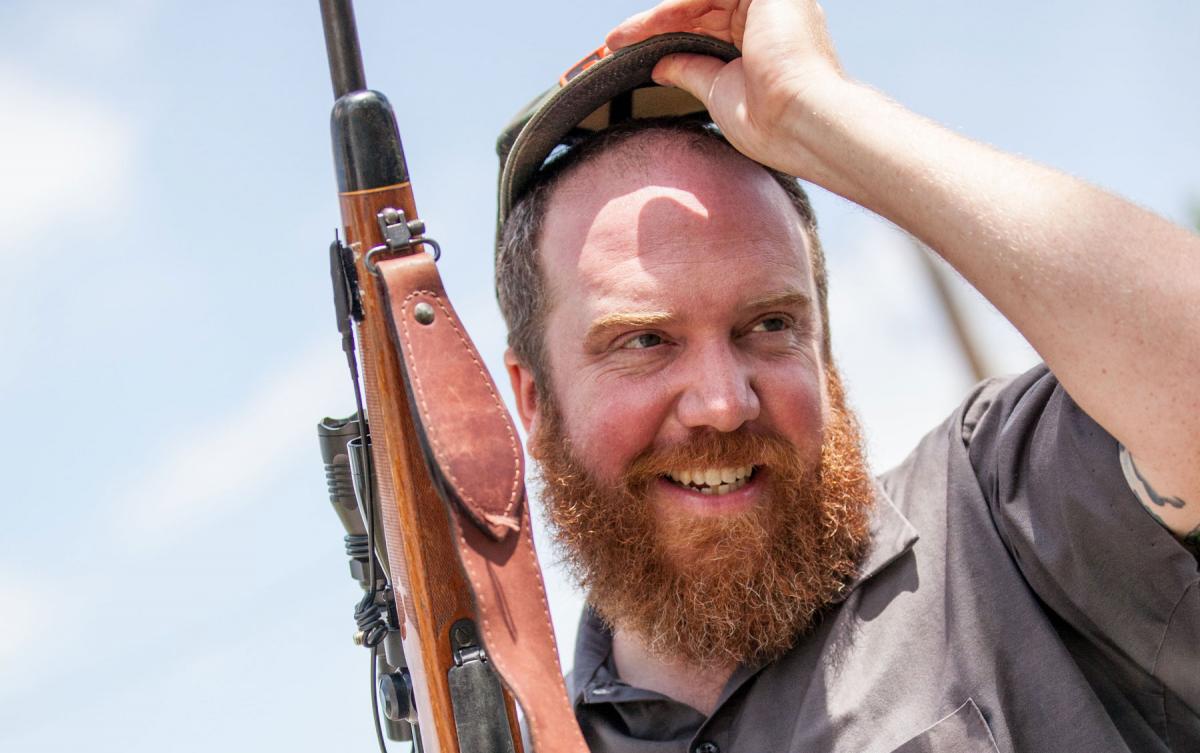 How is consuming wild boar “good” for the environment?

“They are delicious, first off, which makes this less of a classic “problem”.  Secondly, they are invasive and destructive, so thinning this herd helps with water quality issues, agricultural losses and helps native wildlife thrive again.  I also love that they require no inputs like a farmed animal; no vet visits, no food trucked in, no fences.  I’ve seen signs of feral hogs along hike and bike trails in Austin.  They’re everywhere.” How are you and your restaurant doing your part to keep the wild boar population under control? How can consumers participate?

Between the two restaurants, we serve about 300-400 whole hogs a year, plus the ones we kill in the Hunting Schools (that aren’t for public consumption but are sent home with hunters).  Just eat more feral hog. We created a hashtag – #eatahogsavetheworld.

What does it mean to source a wild animal for consumption in an ethically responsible way?

Wild hog protein is sourced and consumed in a much more sustainable way than any other meat, and this particular animal isn’t only sustainable but must be controlled.  Texas Parks and Wildlife estimates that we need to kill 75% of the population every year just to keep it stable, and that’s not happening at all. What is your recommended way of preparing wild boar? Any favorite cuts of the animal?

“Generally, they can be cooked like domestic pork, but they tend to run leaner and be more flavorful.  Each animal can also vary greatly depending on age, sex, and diet, so there’s not really a blanket way to prepare them, which is the concept taught in our New School of Traditional Cookery classes on feral hogs.  For tougher cuts like hams, ribs, shanks, and shoulders, slow and low is key.  My favorite cut, by far, is the ribs, preferably taken from a fattier wild hog but the leaner ones make great sausages.”

Jesse’s cookbook, Afield: A Chef’s Guide to Preparing and Cooking Wild Game and Fish, was a finalist for the 2013 James Beard Foundation Book Awards.